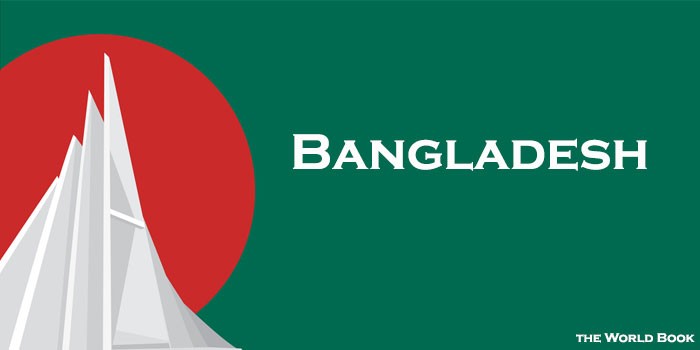 Bangladesh is known as the  People’s Republic of Bangladesh.

Bangladesh was a part of Pakistan before 1971. Freedom fighters freed the country and achieved victory after nine month’s liberation war.In 1971, 3 million people sacrificed their lives in the liberation war. Our independence day and Victory day on 26th March and 16th December respectively.

Bangla is the national language of Bangladesh. It is also a matter of great pride that on 21st February of 1952, we are the only nation who sacrificed lives for the sake of mother tongue.UNESCO has declared 21st February as the  International Mother Language Day, in order to show respect to them. (Introduction)

Dhaka is the capital of Bangladesh. The total population is 168.31 millions right now in 2020. The total area of our country is  spanning 148,460 square kilometres,making it one of the most densely-populated among the other countries in the world.

Bangladesh is mainly known through some selected sectors like rivers, food, tourism, different religions and more.Some of them are discussed below.

There are hundreds of rivers in Bangladesh. Some are big ,some are small.The main rivers of our Bangladesh  are Padma, Jamuna, Meghna, Buriganga, Tista, Shitokkha and many more.As, Bangladesh is an agricultural country,rivers are the source of wealth .The rivers helped the soil get more fertile and suitable for the growth of rice, crops,jute tea plenty in here.

The rivers of Bangladesh are the source of communication for transport with the nearby country mostly India. Most of the cities, towns, bazaars, trade centers,industries, are on the bank of rivers. The waste products of mills, factories and industries are carried to different places through rivers. Raw materials can be carried easily to our industries through rivers.

But due to river pollution, all of these rivers are rapidly their actual beauty.

Banglad4esh is mostly a muslim-based country.People of different religions perform their respective rituals with festivity in Bangladesh. The Government has announced National Holidays on all important religious festivals of the four major religions. Eid al-Fitr, Durga Puja, Christmas, and Buddha Purnima are celebrated with enthusiasm in Bangladesh.As this mainly a muslim country,majority can be seen celebrating  is Eid Ul Fitr, Eid Ul Adha, Pahela Baishakh, etc.

Everywhere around the world has their own national elements.Bangladesh is no different from that.Some of them are given below

Bangladesh is a diverse range of traditional clothing which is still worn by people in their daily usual  life. Bangladeshi people have unique dress demands. Specially men wear traditional Punjabi, on religious and cultural occasions. The fotua is also a popular article of clothing which is available in styles for both men and women at the same time. Bangladeshi men also  wear lungi (as a comfortable wearing) as casual wear. Due to the British influence during, shirt-pants and suits are very common to everyone.

For women, Shari is the main and traditional dress .Besides,some young females also wear salwar kameez. In urban areas, women can also be seen wearing Western clothes like shirt-pants and other types. The women also have a variety  preference to sharee.

The famous places for tourists to visit our country are Cox’sBazar, St Martin,Sundarban, and Kuakata. Sundarban is the largest Mangrove forest in the whole world and it contains the Royal Bengal Tiger and other wild animals which some others do not even exist.. Cox’s Bazar has the longest sea beach and it is mainly popular because of its length.The Kuakata sea beach is popular to see the sunrise and sunset very easily.St.Martin is the only coral island in our country which attracts tourists from different parts of the world.

Kabaddi is the national sport in Bangladesh though Cricket is the most popular sport in Bangladesh, followed by football. Kabaddi can be seen played in urban areas to celebrate huge school sports day in the huge land. Cricket is a game which has massive and passionate followers in Bangladesh. Bangladesh has been eligible to play Test cricket since 2000. The Bangladesh national cricket team goes by the nickname of the Tigers – after the royal Bengal tiger as the sign.

Bangladesh is mainly famous for many reasons.They are mentioned below:

Bangladesh is a wonderful country that provides splendid feelings watching greeneries around and feel it with proper essence.People around the world who did not visit Bangladesh should visit once. Most importantly, we Bangladeshis need to roam around the country at first, before visiting other countries.